One major question we hear quite frequently as family law attorneys is whether or not a client may file a contempt action as a response to their ex-spouse’s petition for modification, whether it be in regards to child support or divorce in general.

The answer is: absolutely! You may file an action for contempt of court as a response to a modification action. While there are many laws and rules surrounding modifications and contempt, an experienced lawyer can help you get the results you want and stop changes to child support, alimony, or other terms of a divorce decree you may encounter.
CONTACT US 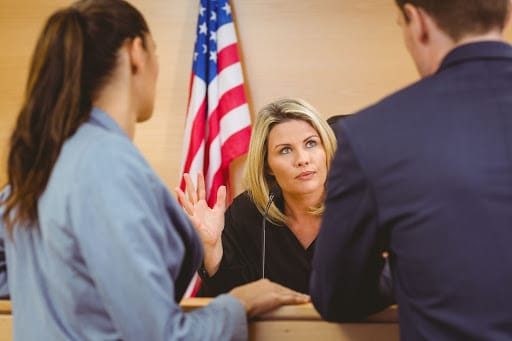 For this, we’ll use an example. Say that the mother and father are divorced, and the father has been ordered to pay the mother alimony. The father has not paid in several months and decides to file a petition to modify the alimony. As a response, the mother decides she would like to file a motion of contempt since the father has missed alimony payments. This is allowable, but she must prove that the ex-spouse has willfully disregarded the court order by failing to pay alimony as ordered.
CONTACT US

Not Acceptable Responses Regarding Custody

Another example we’ll use is in regards to custody of the child. Let’s say that the father in this situation has been awarded primary custody of the child, and the mother has been awarded visitation rights. The mother has the child for her visitation but refuses to return the child to the father after her period is over on several occasions. The father decides to file a motion for contempt of court. As a response, the mother would like to file a petition to modify the custody arrangement. This is not allowable.

FAILURE TO COMPLY WITH A DIVORCE DECREE

If your ex-spouse has failed to comply with a divorce decree, you can take certain motions for divorce decree modifications. One of these is filing a motion for contempt. We do recommend that you make requests in writing before resorting to legal action. Remember that these letters may be used in court, so it’s best to keep it cordial. If this fails, you’re allowed to file what’s called a Petition for Contempt with the court.

You will both be required to appear in court, and your ex-spouse will have to explain why they haven’t complied with the order, such as having the money to pay but not wanting to. Violations can result in fines or incarceration. For assistance with modifying divorce decrees, a lawyer who specializes in family law and divorce is vital to ensure the best possible outcome.
CONTACT US

Now that you have taken the time to educate yourself on who we are, it’s time to focus on how to move forward in your case. Contact us via phone or the contact form to schedule your comprehensive one-hour consultation. Be sure to have available, all relevant information and details about your case when you contact Family Matters Law Group so that we can provide you with an exceptionally personalized experience.
Contact us