Father’s Rights Attorneys: How We Can Serve You

Being a parent in a custody case or divorce can be frightening enough. If you’re a father, then you may feel like the world is against you. Family Matters Law Group is here to prove that isn’t true. You may be wondering, “where do you find the best father’s rights attorneys near me?” The answer is Family Matters Law Group. We will advocate for the best interests of you and your child in this challenging time and help get you the time that you deserve.

While it is always favorable when the parents can agree by themselves, sometimes fathers aren’t given the time or legal input they deserve. There are two types of custody that you need to begin thinking about when it comes to children. The first type of custody is physical custody, which defines where the child lives. There are several types of physical custody arrangements in the state of Georgia.

Legal custody refers to the parent who is the primary decision maker regarding significant aspects of the child's life. These four areas of decision making are related to extracurricular activities, religion, health care, and education.

Legal custody also has its sub parts. There is joint legal custody, which is most common, where Courts order that both parents have the responsibility to make decisions regarding the needs of the minor child. When a court awards joint legal custody, the court also has to determine which parent will have the “final say” if the parents have first spoken in good faith to reach a uniform decision but are unable to do so. The most common assumption is that the mother will get the final say or final decision when the parents share joint legal custody; this is not true in Georgia. We’re a gender-neutral state, and an effective father’s rights attorney can fight for you to have final decision making authority in one, two, if not all four areas of legal custody. 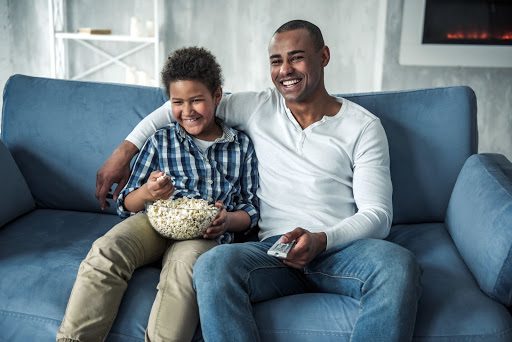 The first step in any type of custody case is establishing the father. This can be done in one of two ways. Showing proof of paternity can sometimes be as simple as being named on the child's birth certificate. Other times things may get complicated and genetic testing will be needed.  Additionally, in order to establish legitimacy, an unwed father must prove that he has taken necessary steps to establish a meaningful relationship with the child.

If you weren’t married and are trying to prove that you’re the father of a child, then legitimation is needed. Without this, only the mother will have rights to legal and physical custody. Family Matters Law Group has a team of skilled lawyers for fathers that have helped countless men establish rights and get the relationship with their child that they deserve.

Can You Help With Child Support?

Being a father doesn’t mean that you have to settle for an unfair child support amount or an unagreeable custody arrangement. As long as you can provide a stable, safe home for your child, Family Matters Law Group would be honored to serve as your father’s rights lawyer. We are the answer to your question of “who are the best father’s rights attorneys near me?” One of our knowledgeable attorneys can help represent you fairly and fight for your time with your children.